We live in a digital world. Most people are online multiple times a day, on their computer, their phone, their tablet. Every time a person goes online, they risk a cyberattack, and these cyberattacks can be detrimental to both a person and a company.

It’s essential to protect this data against hackers and their attacks, but these attacks come from all different places, and they take different shapes. Here are some of the most common cybersecurity attacks.

Phishing happens when a hacker tricks someone into opening an email or text message. The victim is usually sent a link to open. Clicking the link causes the system to freeze, revealing sensitive information. Malware can also be installed at this time. It’s often used in an attempt to steal credit card numbers or login information.

Phishing can be used to attack government or corporate networks. Employees are compromised so the hacker can gain access to the system. It can also be used to steal information from a small to mid-sized businesses, as often their security isn’t as tight. Using an MSP can mitigate this risk for smaller businesses.

Malware is a code written to compromise a system without user consent. Different types of malware, including ransomware, control, command, and spyware are often used in cyberattacks. It spreads across vulnerable networks, causing changes and damage, and it can remain undetected if the system is not monitored. Malware can easily destroy an infected network.

These breaches allow an attacker to listen to communications between two parties. Attackers listen to conversations between two entities having a legitimate conversation. By intercepting the public key message transmission, changing out the requested key with the hackers key, and retransmitting the message, the attacker can steal information they should not have access to. The legit parties have no idea the attacker has modified the key and ultimately controls the whole communication.

SQL injection employs malicious code that ultimately manipulates backend databases, giving access to sensitive company data, customer details, and user lists. SQL injection attacks can delete entire tables, view user lists, and even give the attacker access to administrative databases. This can have a devastating effect on small to mid-sized businesses and quickly cause distrust from your customers. These attacks often target websites but can hit SQL databases as well. Monitoring your networks consistently can help protect against these attacks.

These attacks look to shut down your network, causing it to be inaccessible to your customers and employees. It overwhelms the network with traffic and floods it with information, causing it to crash.

Distributed denial-of-service (DDoS) attacks target web servers of high-profile companies like media, e-commerce, and banking. These attacks in and of themselves don’t result in the loss of information, but they can be used to distract from other attacks, as they take time and money to investigate.

Password attacks attempt to obtain a user’s password. They often use computer algorithms to continuously try to guess the password. The computer will just keep trying different combinations until it figures it out. Once it does, the hacker has access to all of your data. The best defense for this attack is frequently changing your passwords and having perimeters for employees to use when setting their passwords.

Many businesses are moving to the cloud to help prevent attacks, as the cloud offers better security to a company.  Managed service providers can monitor security 24/7 and help companies protect their data and ensure the company’s survivability. 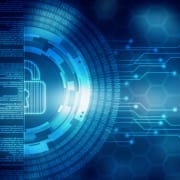 Choosing the Right Firewall for Your Business 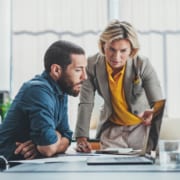 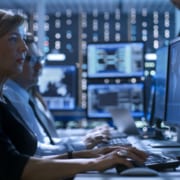 Why you need to protect yourself NOW

6 Strategic Reasons to Consider IT Outsourcing

Any cookies that may not be particularly necessary for the website to function and is used specifically to collect user personal data via analytics, ads, other embedded contents are termed as non-necessary cookies. It is mandatory to procure user consent prior to running these cookies on your website.